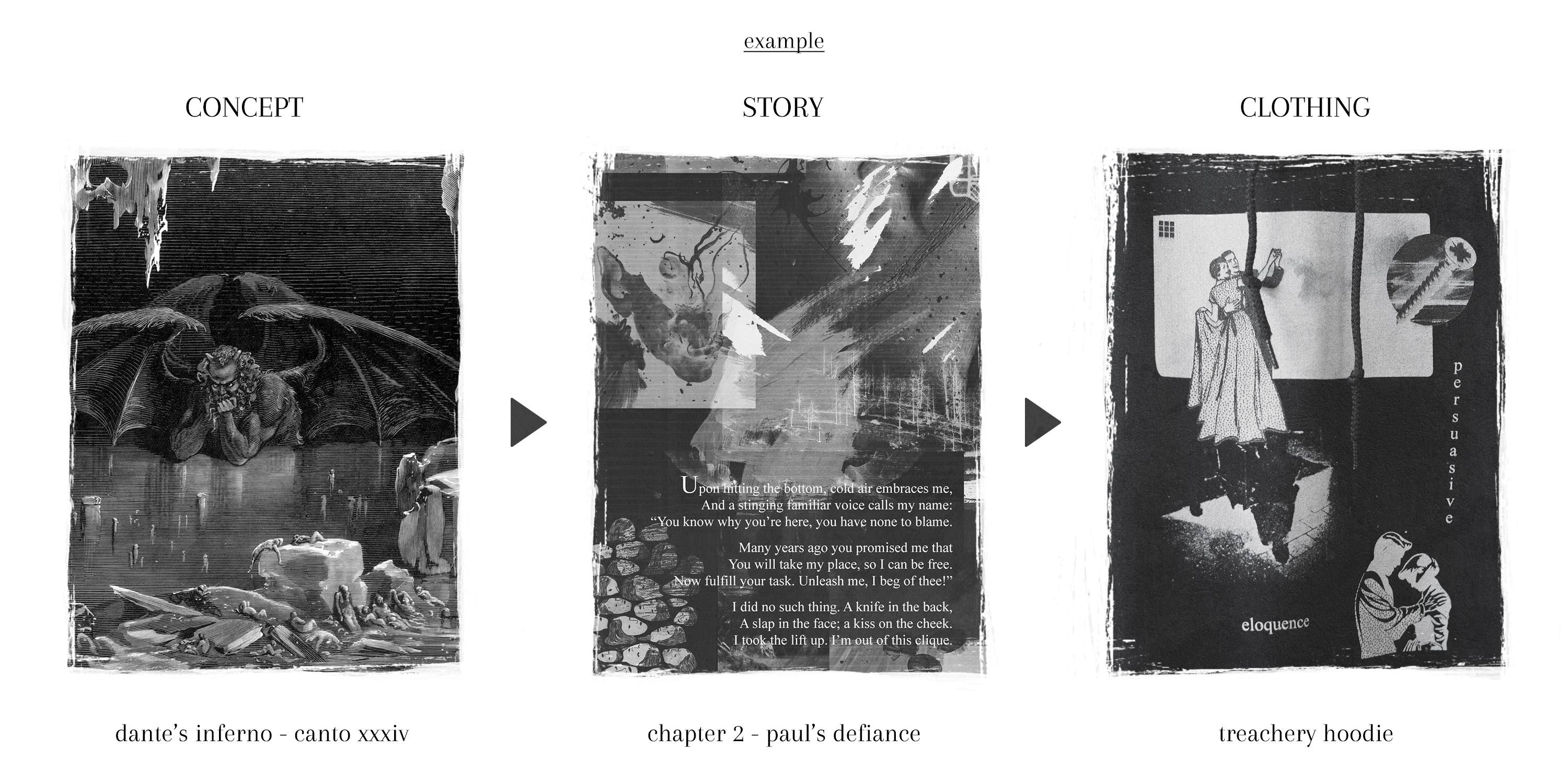 Rule of Three is a storytelling inspired apparel brand. That means that behind each designed garment there is a meaning, an anecdote which belongs to the ongoing fictional story.

The name "Rule of Three" is taken from the writing principle that is used for structuring stories (three brothers, three spirits, three musketeers, etc). It suggests that a trio of events or characters is more humorous, satisfying, or effective than other numbers.

Influenced by classic and modern works of literature, philosophy, paintings and concept art, Rule of Three Clothing is intended for the patient and curios user. While some of the earlier collections are sold out, it's recommended that one should still check them out, as the printed graphics are integral to the understanding of the story.

We are based in Denmark, with production in United States. Rule of Three was established in early 2016.